2021 TripAdvisor Best of the Best For most people, visiting Margaret River is a dream. For a lucky few who do make…

A Margaret River based winery with a passion for producing delicious handcrafted and unique wines. Owner… The Margaret River Farmers' Market has been a feature of the region for over 10 years,… Back for it's highly anticipated second year, Strings Attached - The West Australian Guitar Festival is bringing… Margaret River Region Open Studios, one of Western Australia’s most popular arts events will return in… 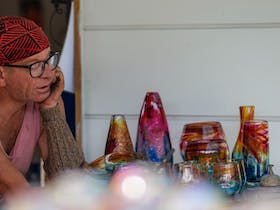