A testament to its popularity, this once-temporary sign has now become a much-loved permanent landmark in Brisbane. Visitors to the city love to stand near the giant letters and take group photos or capture selfies with the Brisbane skyline behind them. The original BRISBANE sign was designed and installed for the G20 Leaders' Summit in 2014, which saw world leaders such as then-US President Barack Obama and German Chancellor Angela Merkel visit the city. It was only intended to sit by the banks of the Brisbane River for one month. The original iteration was built by local volunteers and lasted an impressive four months out in the wind and rain but needed to be replaced by a sturdier replica. The permanent iteration, built to withstand the test of time, has become a must-see in Brisbane. Perched on a wide expanse of green grass near the southern bank of the Brisbane River outside QPAC, the sign is hard to miss. You will find it most easily on foot, either by walking across the Victoria Bridge from the city, down Melbourne Street from South Brisbane or taking a leisurely stroll along the South Bank boardwalk or Clem Jones Promenade. 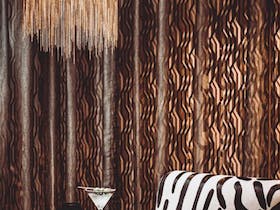 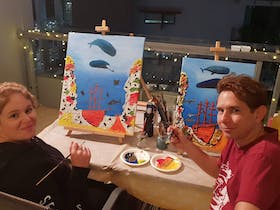 Here is your chance to have a fun, social outing at the end of which you… See the GOMA in a new light. As the sky shifts to dusk, James Turrell’s permanent… 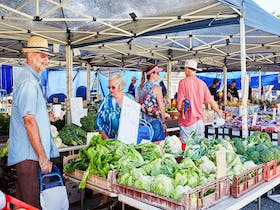 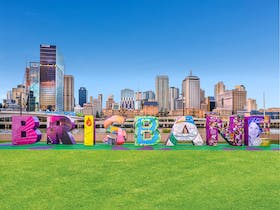 A testament to its popularity, this once-temporary sign has now become a much-loved permanent landmark in… Every Friday evening, Saturday and Sunday, The Collective Markets at South Bank feature an exciting range…